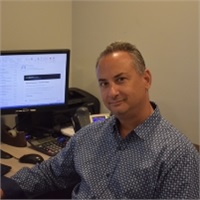 Joel has been working in the Insurance industry since 1989. He holds a B.S. degree in business from the C.W. Post campus of Long Island University. Upon graduating, he held the positions of underwriter for Aetna Life and Casualty, Senior Multi-National Underwriter for A.I.G. and later became an Independent Insurance Agent. Joel joined Brooks-Waterburn in 2001 as Commercial Lines Manager and became Vice President in 2004. Joel is co-creator of the “Laundromat Success Program”, Brooks-Waterburn’s premier industry program for Laundromat owners nationwide. He is also the current president and founder of a local BNI chapter. Joel is a strong believer in continuing education programs and has mastered agency management systems of which he teaches and mentors his employees to enhance the customer service experience at Brooks-Waterburn.

In his free time, he enjoys traveling, cooking, dining out and entertaining with his wife, two children and friends. He is an active board member of a local youth soccer league, a member of his community chamber of commerce and attends many local civic meetings to address topics within the community.